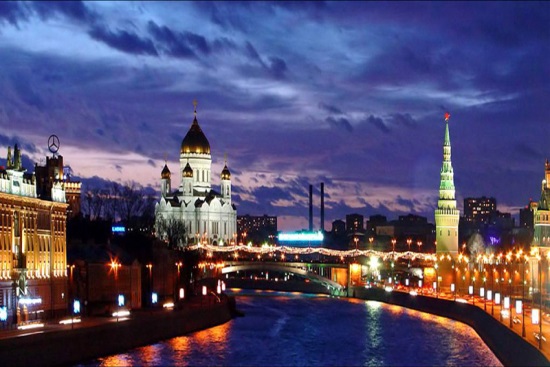 The capital of the Russian Federation, Moscow, a unique complex of attractions and a place to become acquainted with the traditions of the Russian people, attracts guests from all over the world. The historical centre of Moscow, the Kremlin and its cathedrals, monasteries, fortresses and preserved boyar’s palaces, demonstrates the unique culture and art of the late Middle Ages in Russia. Moscow is one of the rare examples of a city preserving its beauty in perpetuity, whatever events unfold over time. To know more about Moscow’s history, our city sightseeing tour is a must.
During the tour, you visit Red Square, Zamoskvorechye, St. Sofya Embankment, Christ the Saviour Cathedral, the monument dedicated to the 300th anniversary of the Russian Navy, St. Nikolas Church, Leo Tolstoy Street, Pirogovskaya Street, New Maiden Convent, the observation platform of Sparrow Hills, the Moscow State University, Mosfilm Movie Studios district, Ambassadorial Campus, Minskaya Street, Victory Park, Triumphal Arch, the superb, newly-built pedestrian Bagration Bridge, the White House, New Arbat Street, Arbat Square, Boulevard Ring, Tverskaya Street, Manezh Square. 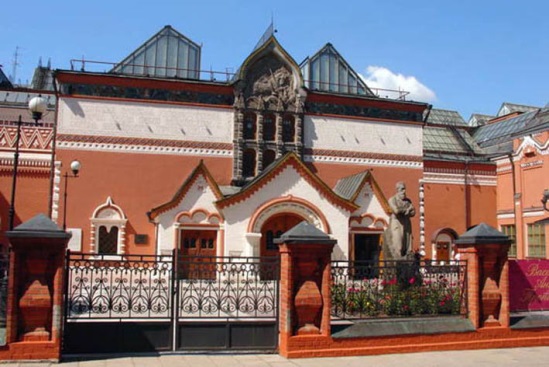 The State Tretyakov Gallery is a museum of world significance, with collections running into many thousands of works of art, from Old Russia icons to contemporary paintings. The collection of the Tretyakov brothers was opened to the public as a private museum in 1874 and it immediately became widely popular.
It includes such great masterpieces as the famous Old Testament, Trinity, the only original icon by Andrei Rublev, a number of other icons attributed to Rublev and Theophanes the Greek, and a collection of outstanding works of 16th century Russian icon painting. Another section of the gallery is devoted to the second half of the 19th century, and paintings of Russian realist art produced by the famous artists community of Peredvizhniki. 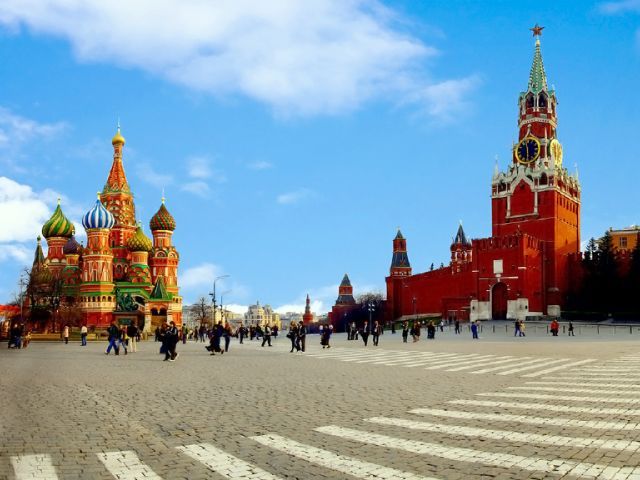 The square was laid out in the 15th century. Until the middle of the 17th century, Red Square was known as «Pozhar» – the place destroyed by fire. The name «Red» (or «krasnaya», which means «beautiful» in old Russian) came in the mid-17thh century. The chief architectural detail of the square was the Cathedral of the Intercession on the Moat – the Kremlin walls were surrounded by a moat. It later took the folk name of the Cathedral of St.Basil the Blessed. In front of the cathedral was a marketplace, also the scene of religious ceremonies, appearances by the tsar and the announcement of court verdicts from the Lobnoye Myesto. The square is a lasting witness to Russia’s dramatic history. The Victory Parade to celebrate the defeat of Nazism was held there on June 24th, 1945.
Every capital has a well-known landmark making it easily recognizable. In Moscow, the Cathedral of the Protecting Veil of the Mother of God, better known as the Cathedral of St. Vasily the Blessed (or St. Basil’s Cathedral, as it is often called in English), standing in Red Square is such a landmark. It is for nearly 450 years now that this architectural ensemble of inimitable beauty and grandeur has been filling our hearts with joy, excitement and pride.
The Cathedral of the Protecting Veil of the Mother of God upon the Moat was built in fulfillment of a vow made by Czar Ivan the Terrible before his campaign against Kazan in 1552 and with the blessing of Metropolitan Makary. The cathedral was constructed under the supervision of Russian master builders Postnik and Barma in 1555-1561. Uniquely conceived by Metropolitan Makary, the cathedral was to epitomize the image of the Holy City of Jerusalem. As a result, its nine churches, most of which were consecrated in memory of major events of the victorious Kazan campaign, were built on a single foundation. 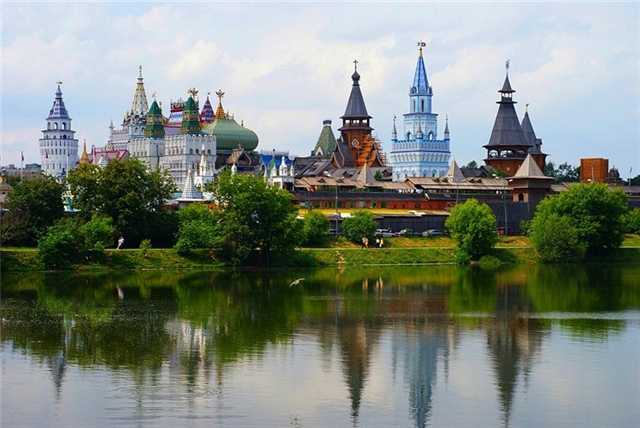 On the spot where today the world-famous complex “Kremlin in Izmaylovo” is located, less than 17 years ago there was a vast neglected ground. One more time in the history after the XVII century the gifted masters and skilled craftsmen came there and the work began. The craftsmen put all their talent and soul in the construction of the Kremlin. That is how appeared the famous “Kremlin in Izmailovo”, designed in style of Tsar’s Palace. From the ancient times the word “Kremlin” was used to indicate big fortress, the central part of an ancient Russian city. Kremlin was the kernel of the whole settlement. Its walls were the last barrier for enemies. During the siege all people came to Kremlin. First Kremlins were wooden but already in XIII-XIV to increase their defensive capacity architects began to build stone fortresses, fire-proof, surrounded by fortresses and water ditches. In Russia there are more than 20 historical-cultural complexes which are called “Kremlin”. They are not only fortresses with stone walls and towers, but also remarkable architectural complexes with churches and palaces. Russian Kremlins are our pride. The Kremlin in Izmailovo combines different traits of ancient Russian Kremlins. 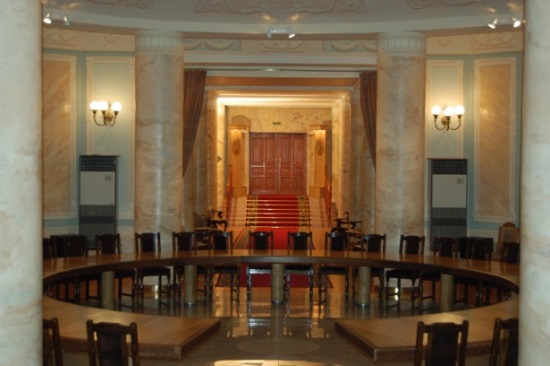 It is the huge military and historical museum and the cultural entertainment complex created on once secret object of the USSR. Also there is all this at a depth of 65 meters, representing, really, something improbable.

We guarantee you a storm of positive emotions and impressions! The Bunker-42 is rather unique place which we could make available to everyone! Units of the declassified bunkers the entrance in which will be free and safe for this reason to us constantly there come tourists from the different countries and the cities are known only. Still nobody remained dissatisfied, on the contrary, people came again and again once again to see and appreciate this power.